From the very first sounds of Zhu back in Spring of 2014, I’ve been such a big fan of everything this man composes. From two amazing EP’s (Nightday EP and Genesis Series EP) and two amazing live shows (Hard Day Of The Dead 2014 and CRSSD Fall 2015) this guy truly is what his record label, Mind Of a Genius, signifies. I was very excited to catch his album release party for GenerationWhy at the Santa Ana OC Observatory on July 28. It’s been a while since I’ve danced to some deep, vibey, soulful house music and sing my butt off, but when this man plays his shows I do nothing but that. He does it with a simple ZHU set up that holds his MIC, production equipment, SAX player and guitar on each side of him to play. He played an amazing combination of songs from his first two EP’s and songs of his new album GenerationWhy, which made this experience so much more memorable. You heard new songs off the album like “Cold Blooded” and “Palm of Your Hand,” which had an amazing live guitar and sax solo along with the self titled song to his album “Generationwhy.” He also dropped his bonus track”Working for It” with Skrillex and THEY.  Zhu also played songs from his first two EP’s such as “Hold up, Wait A Minute” and “As Crazy as it is” while bringing out Keznamdi to sing with him. You know he couldn’t finish his set without playing the songs that opened my soul to this man like “Cocaine Model,” “Superfriends,” and of course “FADED” with his little VIP twist. This guy truly is a GENIUS and you hear it in his music and his mysterious stage presence. From the very first time I saw him I knew I would be a fan for life. Make sure you get his new album GenerationWhy now out on iTunes and Spotify. If you haven’t caught his first Two EP’S Nightday and Genesis Series EP start with that because you will be blown away from this talent!! 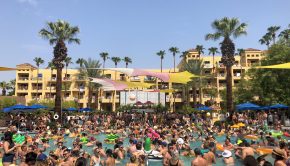 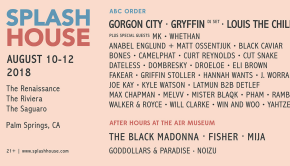 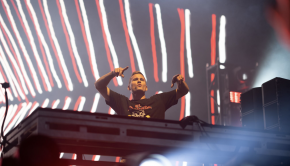