Last Friday, Miami duo GTA released their debut album Good Times Ahead, which has already become a huge success. The genre-defying album featuring Tinashe, Vince Staples, Tungi Ige, Iamsu, Wax Motif, What So Not, Jarina De Marco, RKCB and Karina, skyrocketed to number one on the iTunes dance album charts the very same day. To celebrate, GTA made a stop on their Good Times Ahead Tour at the Shrine Expo Hall in Los Angeles for their album release party. The event also featured performances by Falcons and LOUDPVCK with a special guest appearance by Iamsu!. 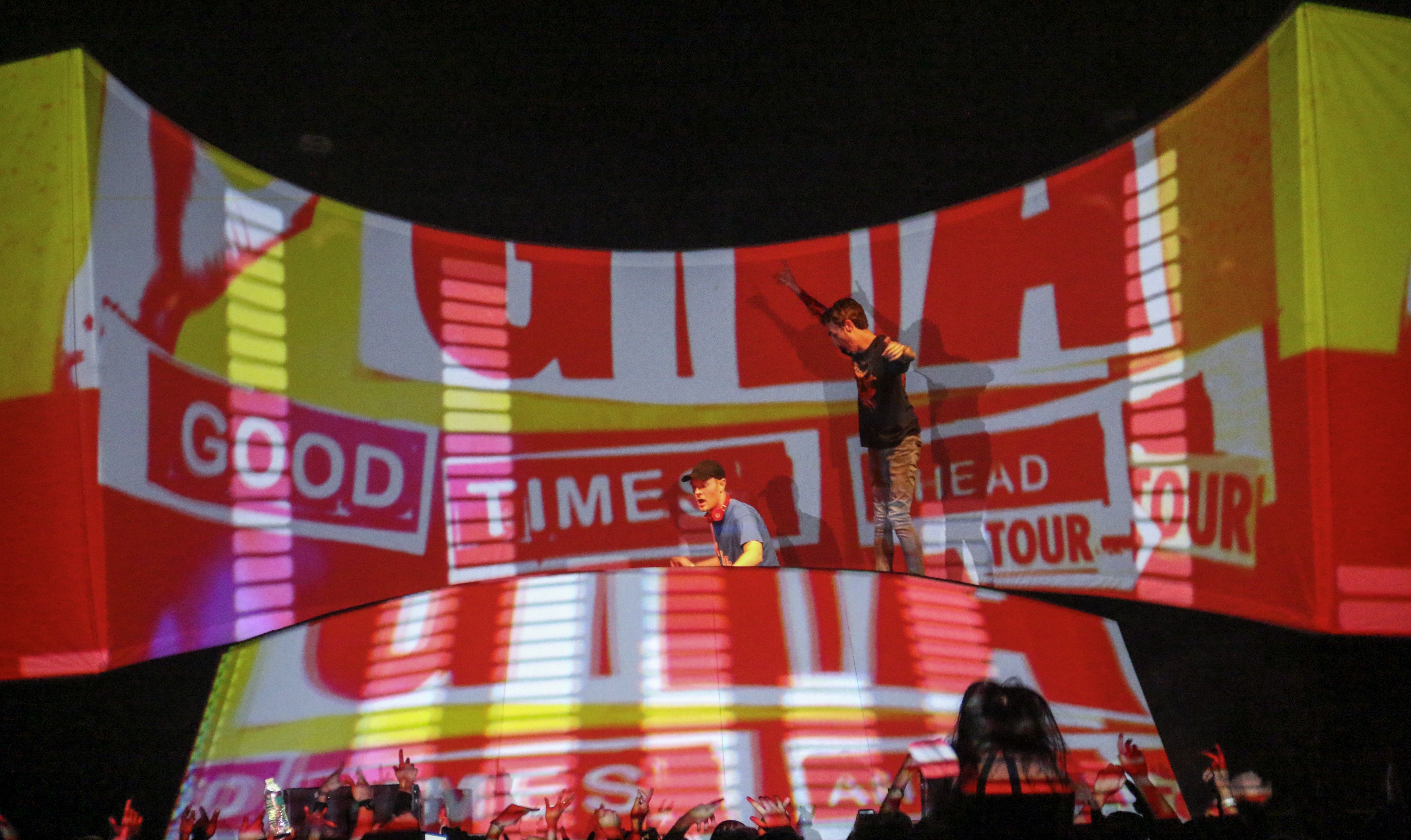 The night began with Falcons on the decks warming up the crowd with a trap and hip-hop fused set. Fans began flooding the Shrine dance floor getting ready for a wild party that was soon to heat up. The stage featured 2 LED screens with one wrapping around the stage as well as one in front of the DJ set up. The visuals displayed a colorful array of GTA graphics while lasers shot over the crowd. As Los Angeles duo LOUDPVCK took the stage, you could feel the energy in the crowd light up. The guys threw down a heavy bass-filled trap set, which fans love to get down too. The duo dropped a mix of their own original tracks and remixes, including their brand new track “Click Clack” with NGHTMRE. 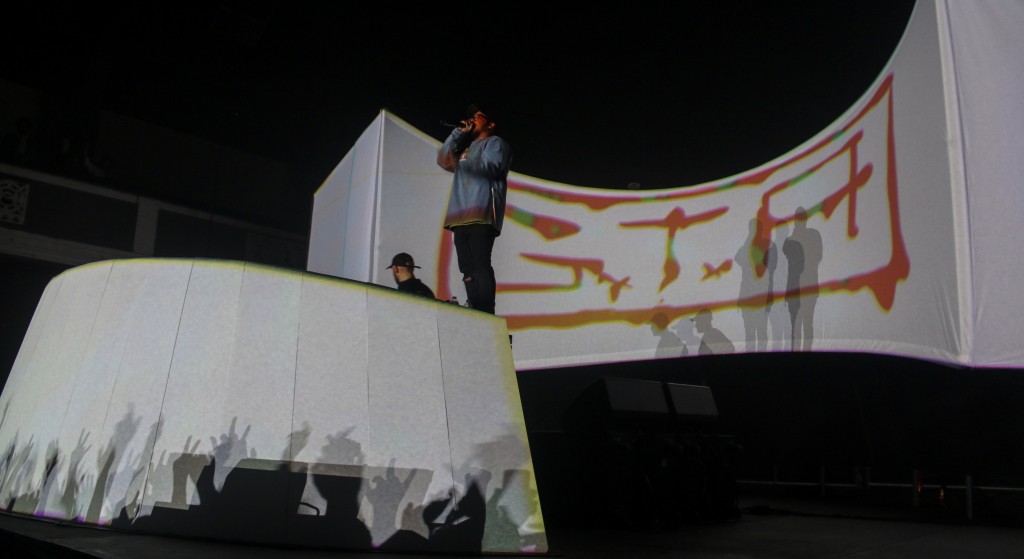 As the time came for GTA to take over the show, the floor was packed with fans from front to back chanting out their name. The guys held nothing back and threw down a killer set staying true to their death to genres motto. GTA made sure to drop brand new tracks from their debut album, while still throwing in a mix of bass-heavy trap, hip-hop, house, and indie electronic . The crowd went nuts when they dropped their remix to “Saria’s Turn Up” from The Legend of Zelda as well as their mashup of Flume’s “Never Let You Go” with What So Not’s remix to “Innerbloom” by RUFUS DU SOL. GTA had the crowd so hyped up when they dropped Skrillex’s remix to their own track “Red Lips,” that multiple mosh pits opened up on the dance floor. As GTA dropped their brand new track “Contract,” rapper Iamsu! came out to perform it live. The Miami duo threw one hell of an album release party which had everyone leaving with sweat-drenched t-shirts and smiles. If you haven’t heard GTA’s new album yet, do yourself a favor and check it out below!