Last Thursday night, the Pardon My French tour hit the Shrine Expo Hall in Los Angeles for an epic night with four of the top Parisian DJ and producers in the game. DJ Snake, Tchami, Malaa, and Mercer came through to bring the noise and help us close out 2016 in the best way possible. The excitement was at an all time high as 2016 was a huge year for the Parisians. DJ Snake dropped his debut album “Encore” with features from Justin Bieber, Young Thug, and Skrillex, while Malaa toured across North America with Rezz on their Lunatic Tour. The night began with Mercer on the decks bringing his larger than life sound to dance floor with a packed crowd seemingly all the way to the back. 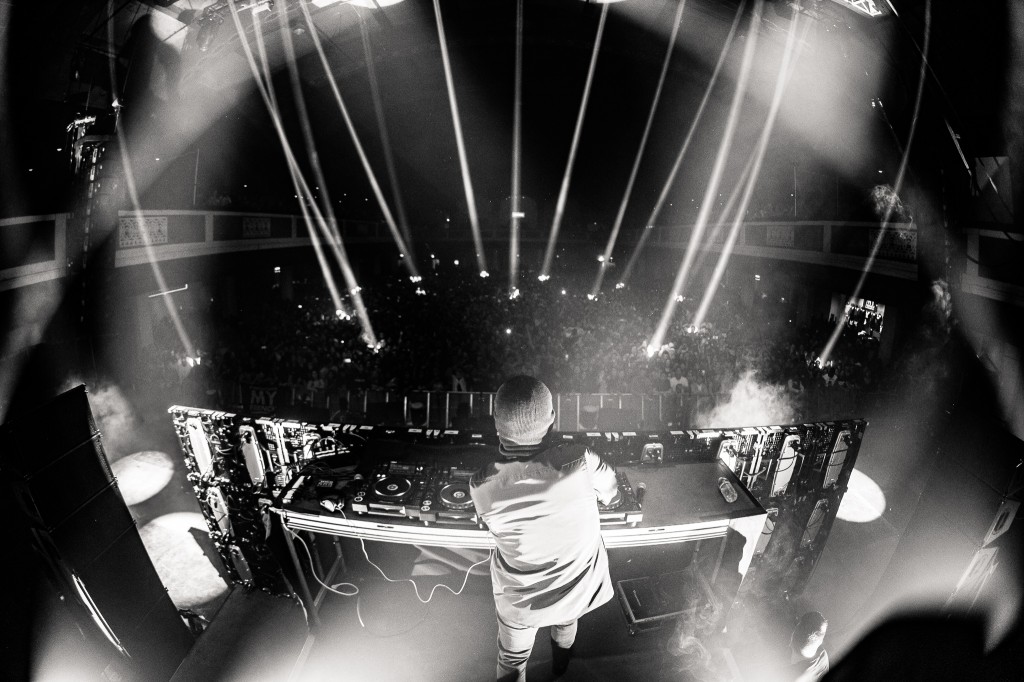 As we walked in and secured our spot Malaa had just begun bringing forth his dark and vibey energy. I’ve always felt the music Malaa plays could be perfect for a score for a bank robbery movie. He dropped all his best tracks including “Notorious,” “Diamonds” and “Pregnant.” The masked man knows how to work a crowd, which why he always fills up venues and festivals crowds such as Hard Summer and CRSSD. Next up the Future House king,  Tchami graced the stage in his priest outfit ready to sermon the crowd with church-like visuals displayed up around him. Tchami played a number of his songs from his own label like Mercer’s “Turn It Up (Tchami Remix),” “Promesses (with Kaleem Taylor),” and “After Life” with which he closed his set. We look forward to seeing Tchami during his Prophecy Tour at the NOVO in Los Angeles when it comes with a new revamped stage set up and special guest choir. 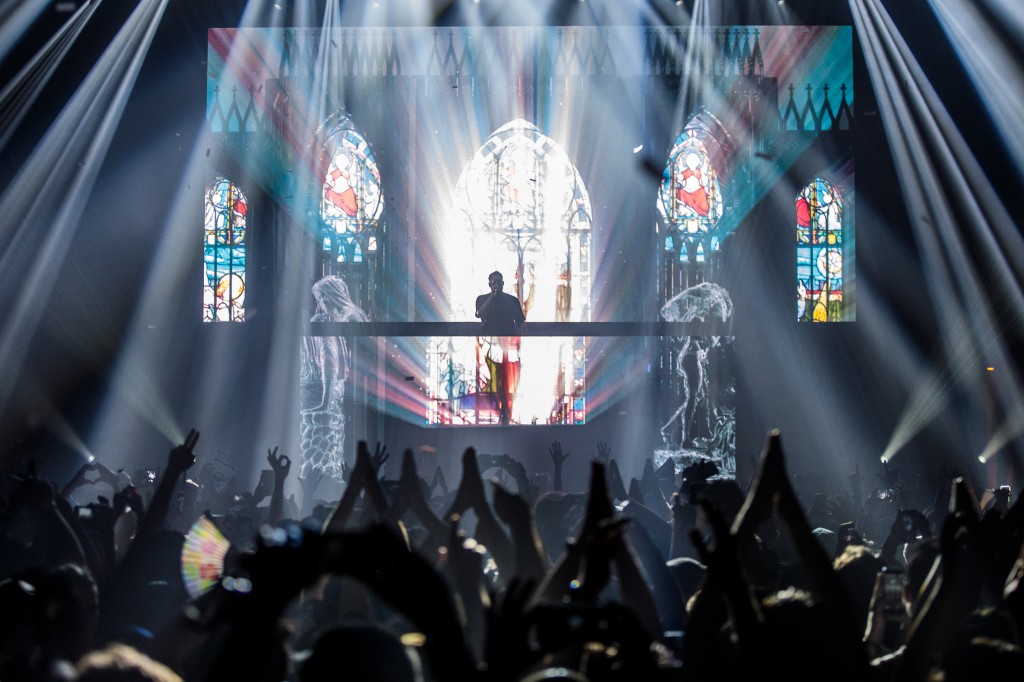 Finally, we had the Frenchman DJ Snake who brought a variety of dubstep, trap, and hip hop into his set. It’s easy to understand why this man is always flying from country to country in shorts spans of time to play sets all over the world. His set had such a huge play list of his music that expand from his collabs with Dillon Francis on “Get Low” and “Lean On” with Major Lazer. He also dropped his singles “Propaganda,”  “Ocho Cinco” with Yellow Claw and his hit with Justin Bieber, “Let Me Love You.” The stage visuals were nothing short of amazing with pyrotechnics, lasers and LED beams set up all around the DJ booth. DJ Snake finally closed out his set with one of his best songs, “The Middle.” Thank you for bringing the Pardon My French tour to Los Angeles, and we look forward to what you all bring in 2017!