During Summer in Las Vegas, the hottest dayclub party to attend is definitely Encore Beach Club. The club’s long stretch of pools, outdoor cabanas, production and sound system make it the best club to party at for a day of fun in the sun. On July 7th, the hilarious and talented Los Angeles DJ, Dillon Francis took over the dayclub and you can bet he brought his best friend Gerald with him. Dillon Francis has been killing it on the charts lately with the release of his new singles “Sexo” and “Never Let You Go” in anticipating of his upcoming album WUT WUT. Dillon Francis threw down an awesome set filled with house, trap, bass, and moombahton along with a little latin flair. The vibes were on point, the crowd was lit, and party went down as one of the funnest dayclubs we’ve been to this Summer yet. 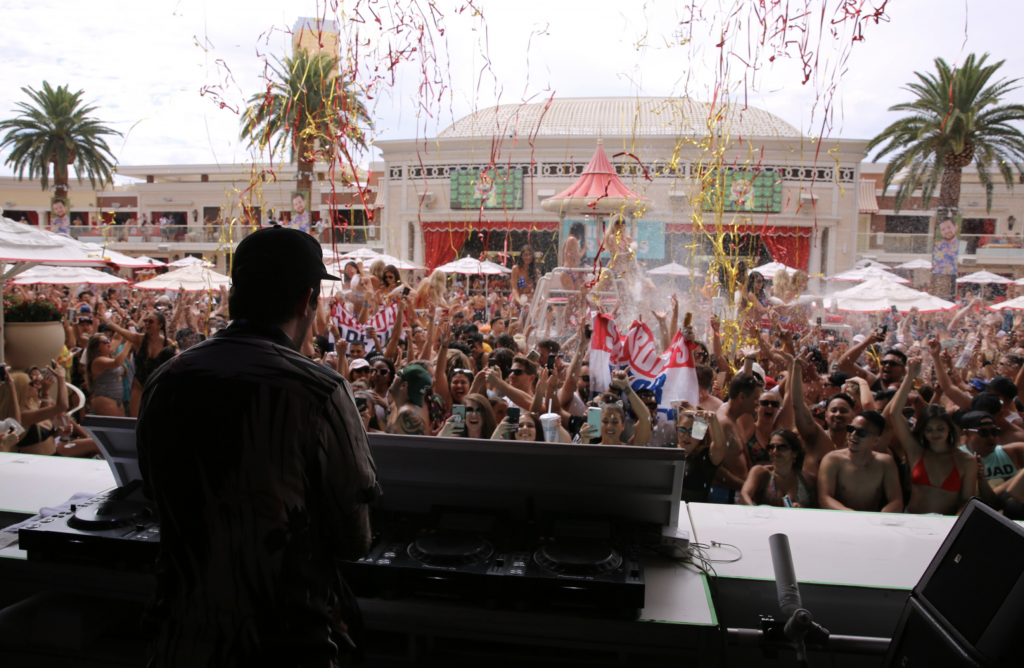