Matt Flaherty
July 31, 2018
Share
Facebook
Twitter
Pinterest
Alamitos Beach in Long Beach was the place to be as Kaskade’s Sun Soaked took over for its second year. The beachfront festival took place directly on the sand and drew in over 35,000 west coast massive fans for a day of fun in the sun. Kaskade brought with him a huge lineup of artists to throw down sets all day long. This year the venue was much larger to give everyone more space to dance. The venue featured free water stations, food trucks, bars, shaded tents with misters and a mega water slide. The extra space and amenities were a nice upgrade from the previous year.

As soon as we entered the venue, we kicked off our sandals and made way for the stage. Kaskade was playing an early vinyl only set, which we did not want to miss. Kaskade dropped a bunch of classic vibey house music and the crowd was absolutely loving it. There’s something about partying on the beach with great music, friends, and massive beach balls that puts everyone in a happy mood. After Kaskade finished up his first set, Late Night Alumni came on with Becky Jean Williams on stage singing live.
Up next was Cazzette, who threw down a special set of all original music. He premiered three brand new tracks called “Friends”, “Loving Feeling”, and “Old Habits”, two of which will be released on his upcoming Stereo Mono EP. Cazzette’s set was full of energy from start to finish and he made sure to throw in fan-favorite classics like “Sleepless.” The sun was beginning to set as Felix Cartal and Loud Luxury followed before Kaskade took over to close out the night.

As Kaskade took over the DJ booth, the full production of the stage lit up. From massive LED screens to Co2 cannons, lasers, and a team of dancers, this was the moment everyone was waiting for. Kaskade dropped such an amazing set that had everyone up in their feels. He dropped old classics including “Eyes”, “Atmosphere”, “Disarm You” and his remix to “Young and Beautiful” along with new ones like “Fun”. Kaskade set finished off with a huge fireworks finale and it was then time for those die hard fans to hit up the Kaskade after parties going down next. 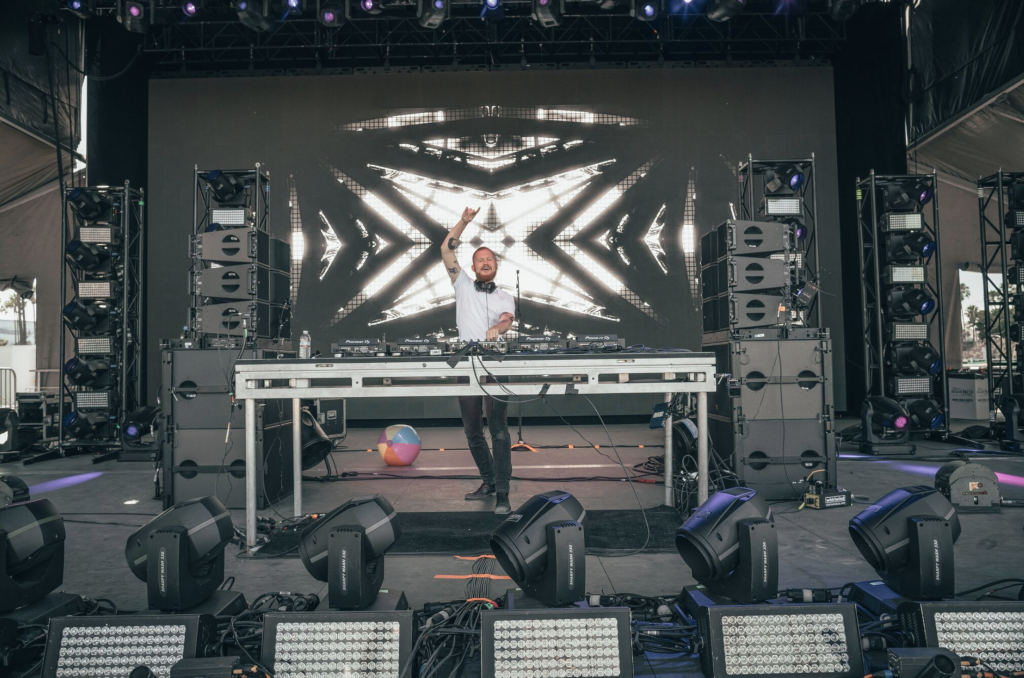 We got a chance to speak with Cazzette following the festival. Check out our interview below along with some more photos from the event!

You just played your first Sun Soaked! Can you tell us a little bit about your set and any special new tracks you dropped?

C: I’m thrilled with my debut set at Sun Soaked! I played a short but intense set of original music only. I premiered three brand new songs called Friends, Loving Feeling, and Old Habits. Two of these will be on my new EP Stereo Mono out on August 17th.

Can you speak on the new sound and direction of Cazzette now that Sebastian has taken a seat from touring?

C: Diversity within Cazzette doesn’t feel as important to me anymore. I think by growing older and more secure, it is now easier to say: Cazzette is House and Dance Music. Whatever I want to create outside of that I can put out under a different alias.

You just recently released your new song “Missing You.” Can you tell us how that song came to be?

C: I fell for Parson’s soulful voice and felt that there was potential when I first heard the vocals. It instantly got me going. The song basically wrote itself after that. I felt very inspired by Dance Music that I grew up on and was able to seize it all within a few days of work.

With your new Stereo Mono EP being released in just a couple weeks, can you tell us your inspiration behind it?

C: Just as in Missing You, Stereo Mono is an homage to Dance Music that I grew up on and that I love. I want to create music that gets me moving on stage as well in my living room.

Can you share with us any particular plans to tour the rest of this year?

C: I’ll be touring the states all Summer and currently working on EU and Asia dates as well.

If you could work with any vocalist, who would it be?

C: I would love to work with Florence Welch

When you’re in LA, where is your favorite place to eat?

C: Actually, since I recently moved to Los Angeles, there are more and more favorite places coming up every week, but I mostly love cooking at home.

C: Thanks for having me and a massive thanks to everyone who listens. I love you with all my heart.

All photos by Eric Jon 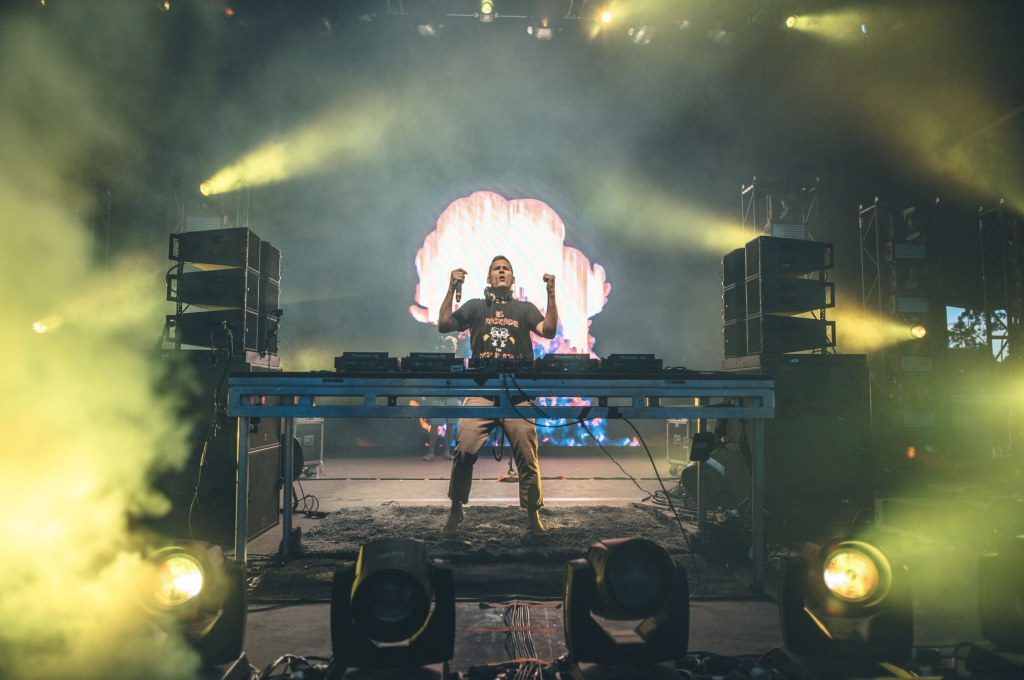 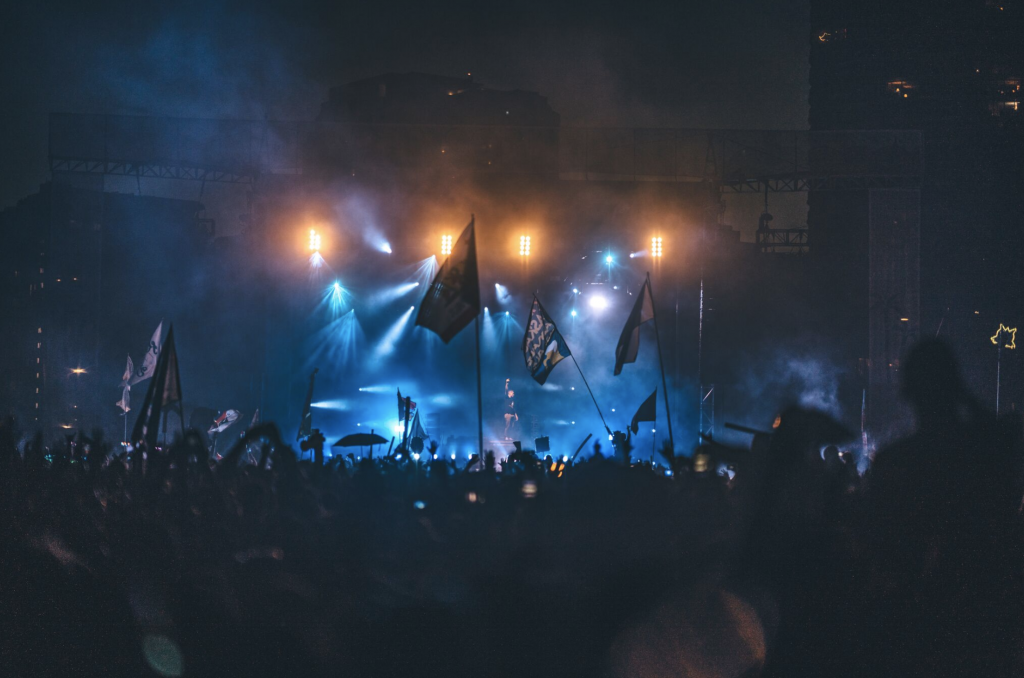