Summertime is here and the weather has definitely started heating up. Thankfully for us, Encore Beach Club in Las Vegas has started their Night Swim series to help us cool down, swim, and party into the night. Unlike a regular nightclub, the Night Swim series allows attendees to wear their swim suits and party in the pools while listening to their favorite DJs perform. Last Friday night on the 6th of July, Los Angeles DJ and producer RL Grime was set to take over the nightclub for a night filled with heavy bass and trap music sounds.

People were lined up early dressed in their best swim suits ready to get inside and party. Once we were able to get inside, people were already filling the pool and bottle service tables as a crowd began gathering in front of the DJ booth. An opening resident DJ was spinning at first to bring the vibes before RL Grime was ready to take the stage. As soon as RL Grime took the stage the nightclub was a packed house and things began to get wild. Drinks were flowing, people were dancing, and the pools became a huge splash fest. You could feel the excitement from the crowd and the loud bass music filled the air. This was an exciting time to see RL Grime as his upcoming album NOVA is due out in just a couple weeks on July 27th. RL Grime filled with set his fan favorites along with new and unreleased tracks such as his brand new single “Pressure.” If you’re in Las Vegas, make sure to hit up Encore Beach for one of their Night Swim events this Summer. 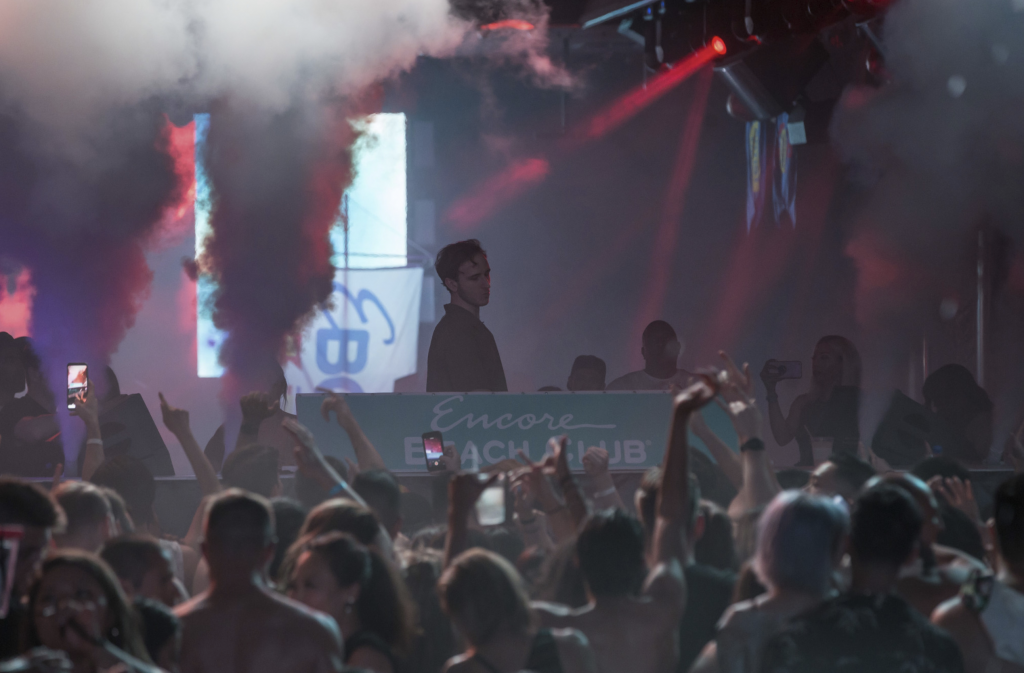