Artikal Music UK is gearing up to release a massive compilation curated by label head J:Kenzo, which will feature some of the greatest dubstep artists in the world. The album is filled with low bass-heavy dubstep bangers with tracks by Collinjah, Skeptical, Biome, Matty G, Eshone and Truth. Artikal is showing us what they do best by delivering an album that corners artists from around the globe. The album is due out on October 6th and will be available on a limited run of CDs, 2 x 12” Vinyl and a digital bundle including a continuous DJ mix.

In addition, Artikal Music UK have now announced their debut label tour, with J:Kenzo, Thelem, EshOne and Sleeper all performing in North America. Dubstep fans are not going to want to miss this! Check out a full list of dates and have a listen to the compilation below. 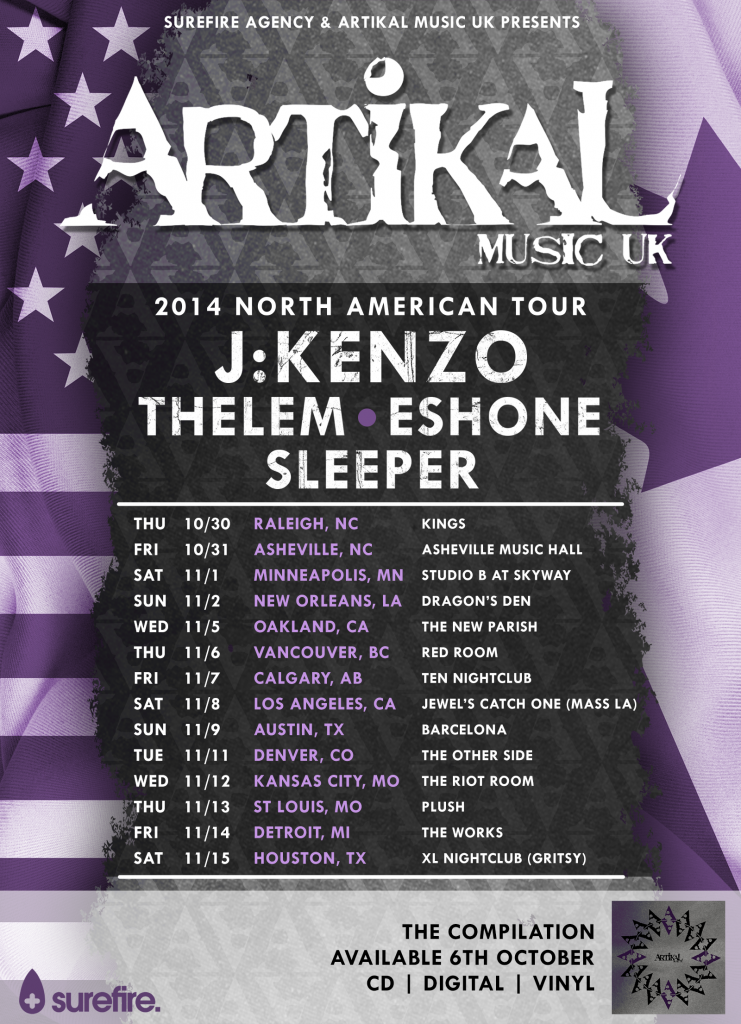