deadmau5 has just revealed the full track listing to his 5 years of mau5 double album to be released on November 24th via Ultra Music. The album comes complete with some of his best tracks from his back catalog along with new remixes and exclusive tracks from his own mau5trap label.

Some highlighted tracks that you can find on the album are “Maths” and “The Veldt” featuring Chris James along with remixes by Botnek and Eric Prydz. You’ll also find his famous tracks “Some Chords,” Ghosts n’ Stuff,” and “Strobe”

The double album is now available for pre-order here: http://po.st/5yearsofmau5. Check out the complete track listing below. 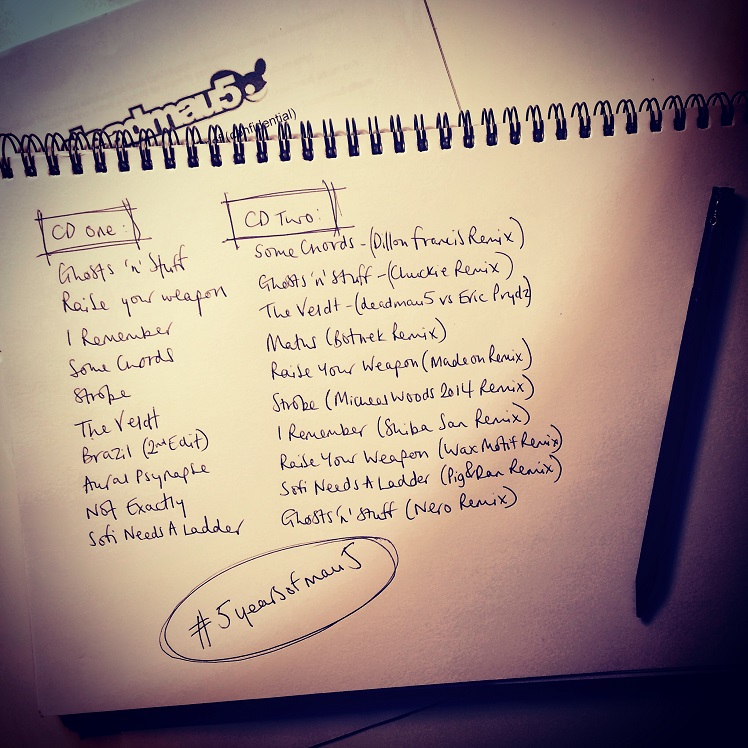 5 Tracks To Get You Ready For Dirtybird Campout 2017

Campers, it's that time of year again! Next weekend, we meet up with our favorite camp counselors for the third annual Dirtybird Campout at it's...
Read more