Last Sunday night was one for the books as LED and Goldenvoice teamed up to bring Finger Lickin’ to the Los Angeles Shrine Expo Hall. This event was the first of its kind in Los Angeles and had a huge lineup of talented artists including Chuckie, Showtek, TJR, Pegboard Nerds, Ummet Ozcan, and No Hesitation. I was super excited for this one as I’ve only seen a couple of the DJs on the lineup before. I arrived to the Shrine just before TJR was about to jump on the decks and luckily the security line was moving fairly quickly. 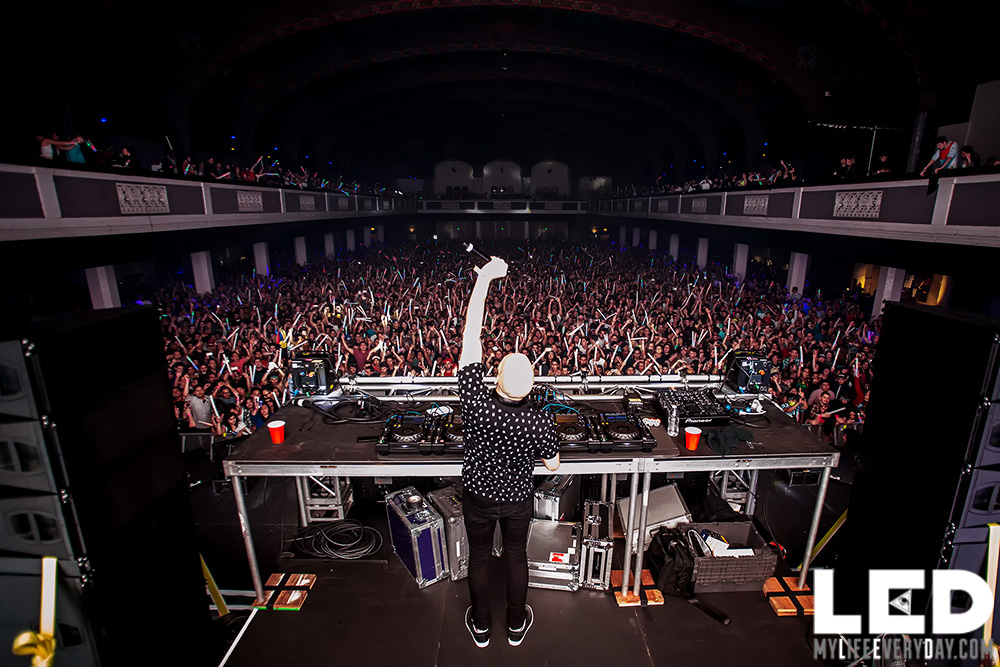 As I entered the Shrine, the dance floor was already filled to the back  and everyone had glowsticks raised in the air. The party was already raging early into the night. The massive LED screen and lasers around the DJ booth were some of the best I’ve ever seen at this venue. I could tell they put a lot into this production. TJR jumped on the decks and starting dropping all his bouncy hits. One of my favorite’s of his is “Ode To Oi,” which always has the entire crowd chanting along. His set was non stop jumping bangers and everywhere I looked from the shufflers in the back to the people upstairs, everyone was dancing. 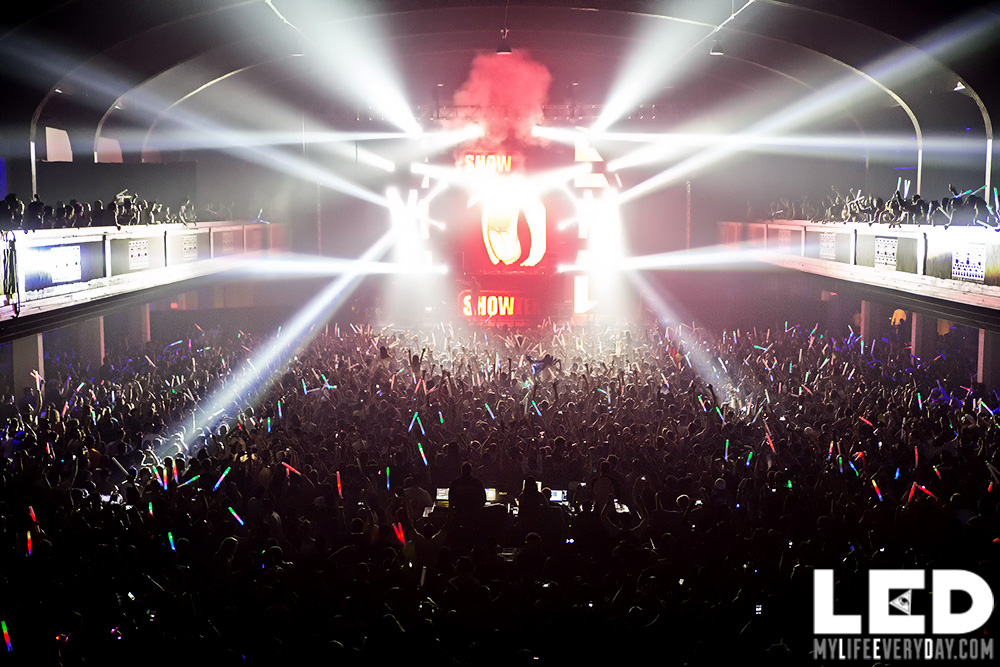 Next up the brothers of Showtek graced the stage for what was going to be my favorite set of the night. This was my first time catching them live and they completely blew me away. It felt like a mini festival with all the huge anthems they were dropping. They dropped a bunch of their own massive originals like “We Like To Party” and “Booyah” while mixing in other fan favorites. The combination of the lasers and their musical drops was super gnarly. To add to their set even more they shot CO2 guns into the crowd as well as giant inflatable balls, which made it that much more fun. 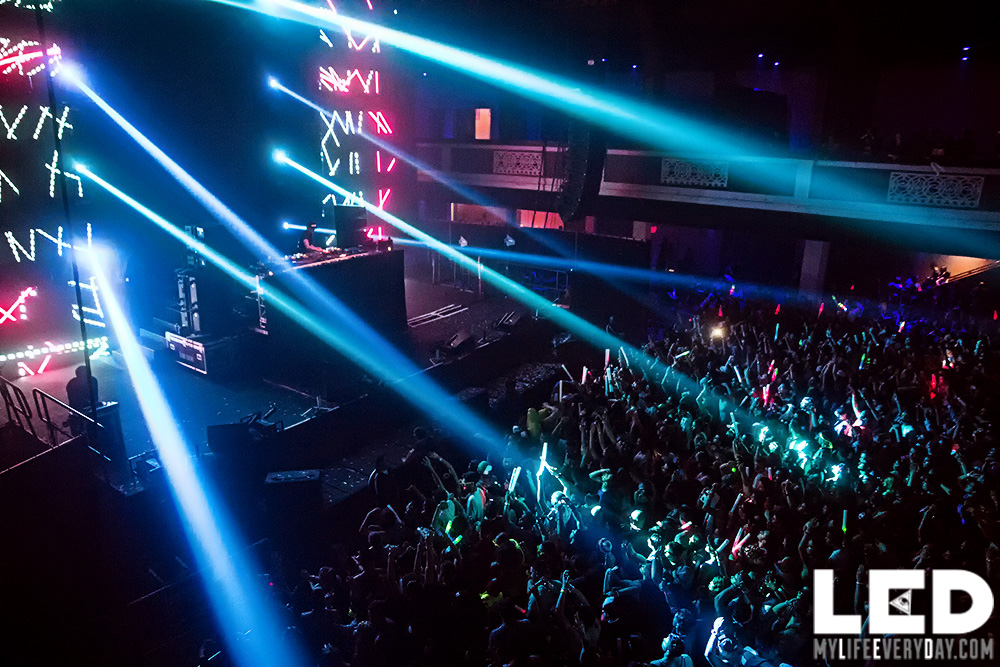 Finally Dirty Dutch label head DJ Chuckie took the stage to close out the rest of the incredible night. One thing I’ve come to learn about Chuckie is that he definitely knows how to party. His set was filled with energy and he dropped all sorts of different tracks from his dirty Dutch to electro house and even hip hop. He threw in a little something every fan can appreciate. The crowd was pretty wild that night, but it was all in good fun. I definitely have to say LED and Goldenvoice put together a sick lineup and great event with this one. I definitely look forward to future Los Angeles events from their partnership.

Last weekend Splash House was the place to be as it concluded its third and final weekend for their 2022 festival series....
Read more

FNGRS CRSSD has announced the lineup for its newest event PROPER NYE, a two-day, two stage event set to ring in the...